Nine Of The Best Things To Do In India

From desert stargazing and snow leopard spotting, to mountain trekking in the Himalayas – these activities will take you to the heart and hidden corners of India

India is home to a wide array of wildlife, but it is the country's cats that garner most of the attention. It's home to five big cats – Bengal tigers, Asiatic lions, snow leopards, clouded leopards and Indian leopards – and the chances of spotting them are reasonably high if you head to the right places.

The best national parks for seeing tigers are Bandhavgarh, Ranthambore, Kanha, Pench, Satpura and Corbett.  Though there are good populations of tigers in the Sunderbans, they can be difficult to see.

Leopards are widely spread across India; you'll find them as far south as Kerala and as north as Rajasthan. You could very well see them on the outskirts of Mumbai, where they rummage through rubbish dumps on the edges of the city.

Snow leopards can be found near Ladakh, high in the Indian Himalaya. A visit in the winter will maximise chances of seeing them as they descend from the mountains in search of food – they seem particularly fond of the local bharal and blue sheep.

Clouded leopards live in the foothills of the Himalaya, and despite their name are not closely related to leopards. They are considered the evolutionary link between small cats and big cats. The Kanchenjunga Biosphere Reserve in Sikkim is one of the best places to see them.

Finally, seek out the world’s only surviving Asiatic lions in Gujarat State. Smaller and shaggier than their African cousins, they can only be found in the Sasan Gir National Park. 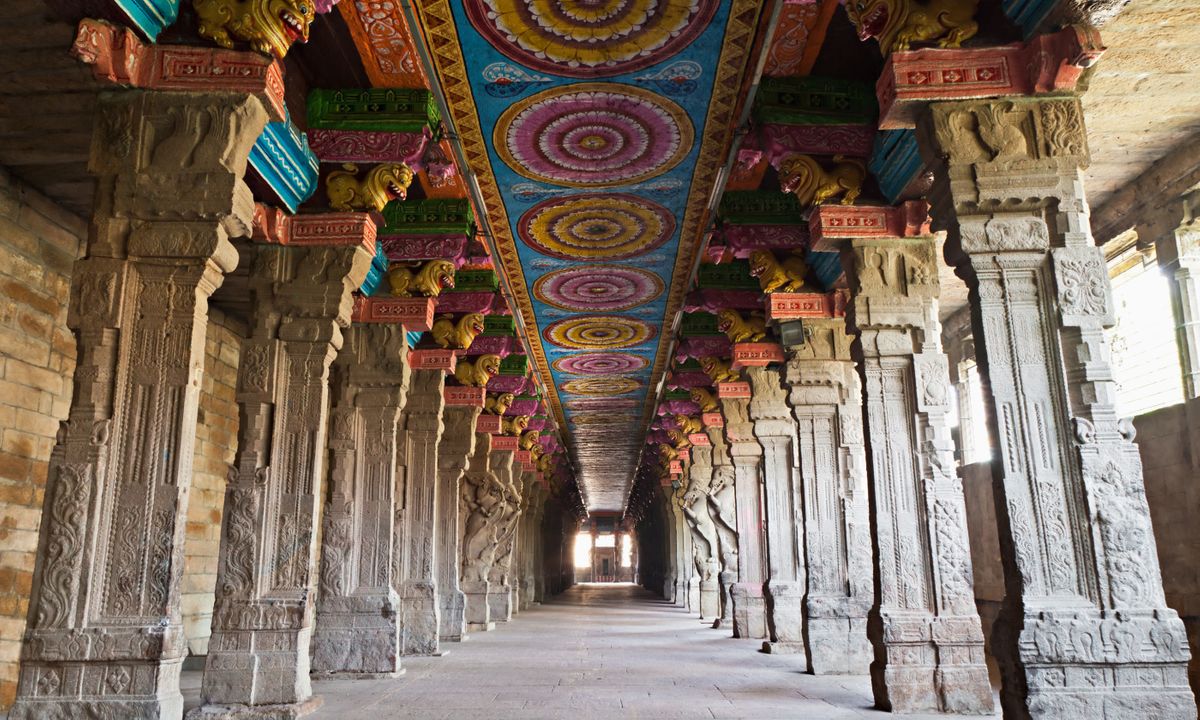 With its multitude of religions and deities, it comes as no surprise that India is a land of temples. Throughout the ages they have been the canvas for ideas, architecture, sculpture and arts. Dominating landscapes or carved into mountains and caves, they are buzzing, vibrant centres of active devotion.

From the tiniest shrine to the mightiest structure, each temple reveals something of the country’s soul. Take the time to seek them out.

3: Trek in the Himalayas

The Indian Himalaya conjures up images of ancient pilgrimages and sacred sites – but it’s far more than that. The western ranges, from Kashmir to Nanda Devi, boast an incredible variety of communities and viewpoints. In the east, paradise-like Sikkim has giant butterflies and orchid forests while Arunachal Pradesh is the last of the Himalayan wild frontiers.

The Markha Valley and Hemis Festival trek is perhaps the most popular in the Indian Himalaya, offering stunning mountain scenery, the largest monastery in Ladakh, and the chance to see snow leopards. The monastery circuit in Sikkim reveals a land of dramatic scenery, delightful monasteries and hundreds of butterflies, birds and rare plants.

Beyond Darjeeling’s magnificently manicured tea estates lies a trek through the forests of pine, conifer and rhododendrons, which leads to a ridge that forms a natural border with Nepal and into Singalila National Park.

4: Seek out an earthly paradise 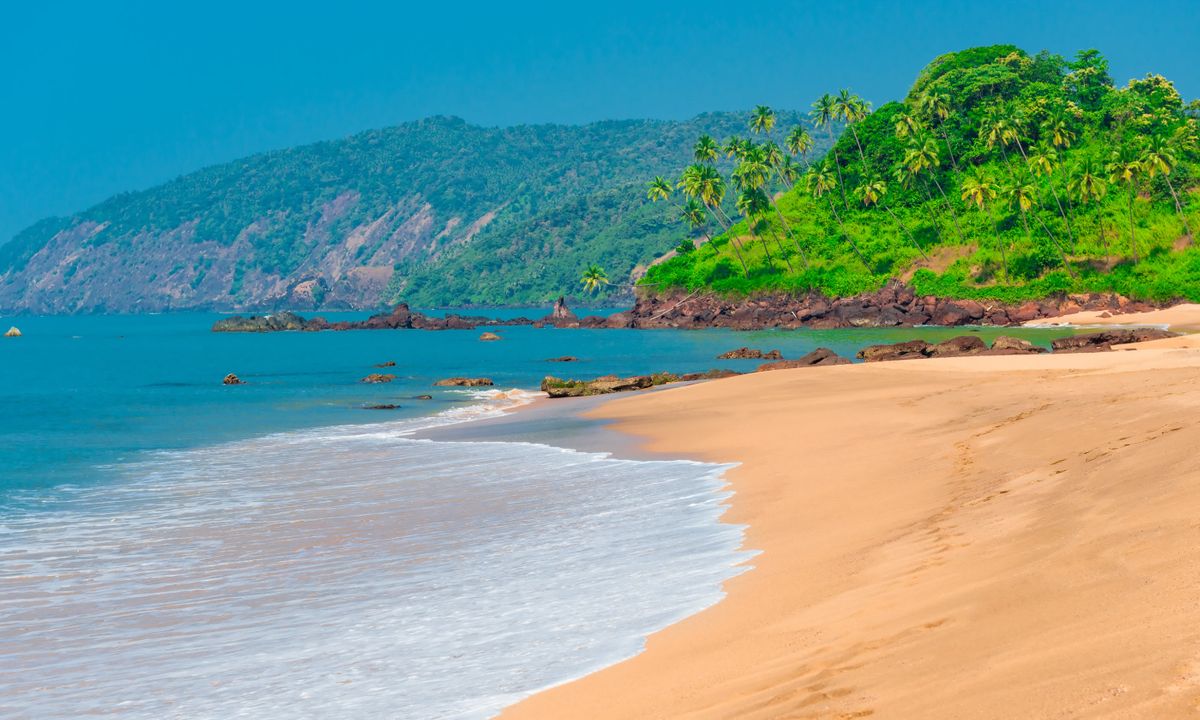 The 400km of tropical coastline separating Mumbai and Goa is among the least-visited parts of the subcontinent. Tourist hotels are virtually non-existent and roads are narrow and meandering, though there is a train (the Konkan Railway) that will take you to quiet outposts. The palm-fringed shore forms a near continuous string of beaches – many of them entirely deserted and overlooked by 17th- and 18th-century citadels.

Closer to South-East Asia than the subcontinent, the 572 Andaman and Nicobar Islands are a true alternative to India. The Nicobars are off-limits; only a handful of islands in the whole archipelago are open to the few tourists that do make it out there.

The 2004 tsunami devastated island tourism, but the Andamans have bounced back and are open for business – the diving is reportedly as good as ever. Fly or sail into capital Port Blair, then drift on to Havelock Island for birdwatching and beach-lazing before heading for Neil Island – the place to cycle through paddy fields, snorkel above reefs and count the other travellers on one hand. 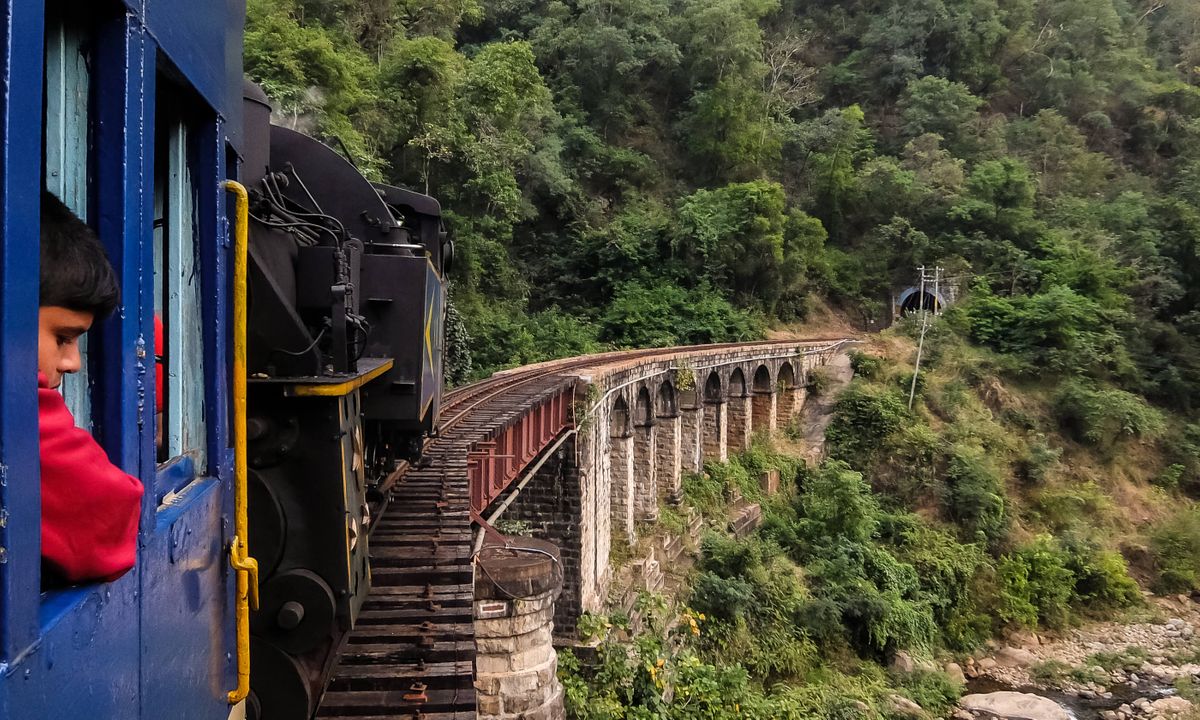 The rail system in India is more than just a way to get around, it's an experience in its own right. Each carriage is a microcosm of India – noisy, chaotic, welcoming and vibrant. You’ll live a lifetime in one day. Book yourself a sleeper – choosing the class according to your budget – and experience travel at the clattering pace of an ancient train.

Each rail journey is as varied as the country itself. The desert crossing from Jodphur to Jaisalmer will take you past forts and old cities, while the ‘Toy Train’ from Kolkata to Darjeeling zig-zags its way into the mountains past tea plantations and offers spectacular views of the Himalayas. The Cardamom Route from Madurai to Bodinayakkanur will take you to the southern foothills of the Western Ghats past plantations of cotton, mango, pepper, coffee and tea.

For a truly memorable Indian rail experience, consider taking the Grand Truck Express from New Delhi to Chennai. It covers 2,186km, making it one of the longest train routes in India.

Seeking more inspiration? Hop on board one of these 10 short rail trips in India. 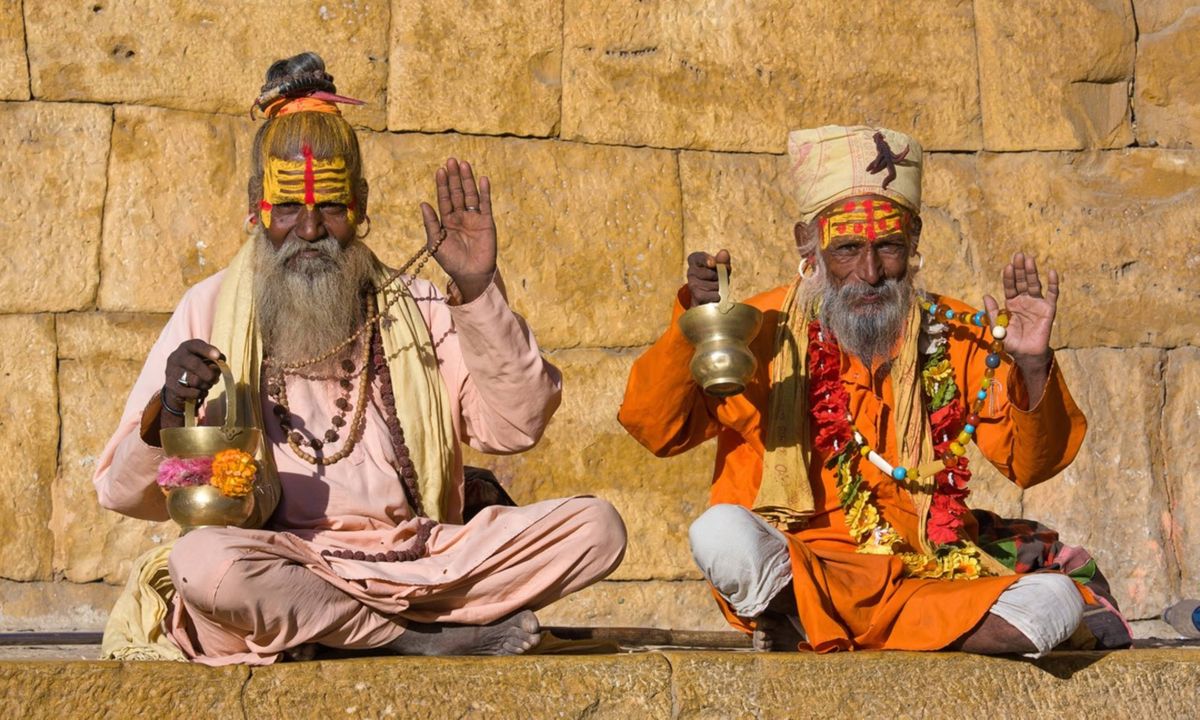 India is a bit of a spiritual supermarket, with all kinds of religions, beliefs and customs. You can dip your toes into the holy waters, quite literally, watching daily ceremonies on the ghats in Varanasi or by the still waters in front of the Golden Temple in Amritsar. Or you can throw yourself into the swirling madness of Kumbha Mela, a mass of ritual bathing, naked sadhus, flashing lights and spiritual cleansing, held every three years at a designated sacred river.

Or go a little deeper by staying in one of India's Hindu Ashrams, faith-based guest houses where even the food is included with spiritual instruction. Pondicherry – and nearby Auroville – is something of a spiritual centre, as is Rishikesh, north-east of Delhi at the foot of the Himalaya. Sitting at the spot where the holy River Ganges finishes its 272km race to escape the Himalaya, Rishikesh is packed with temples, colourful characters and ashrams.

7: Celebrate the world’s most colourful festivals 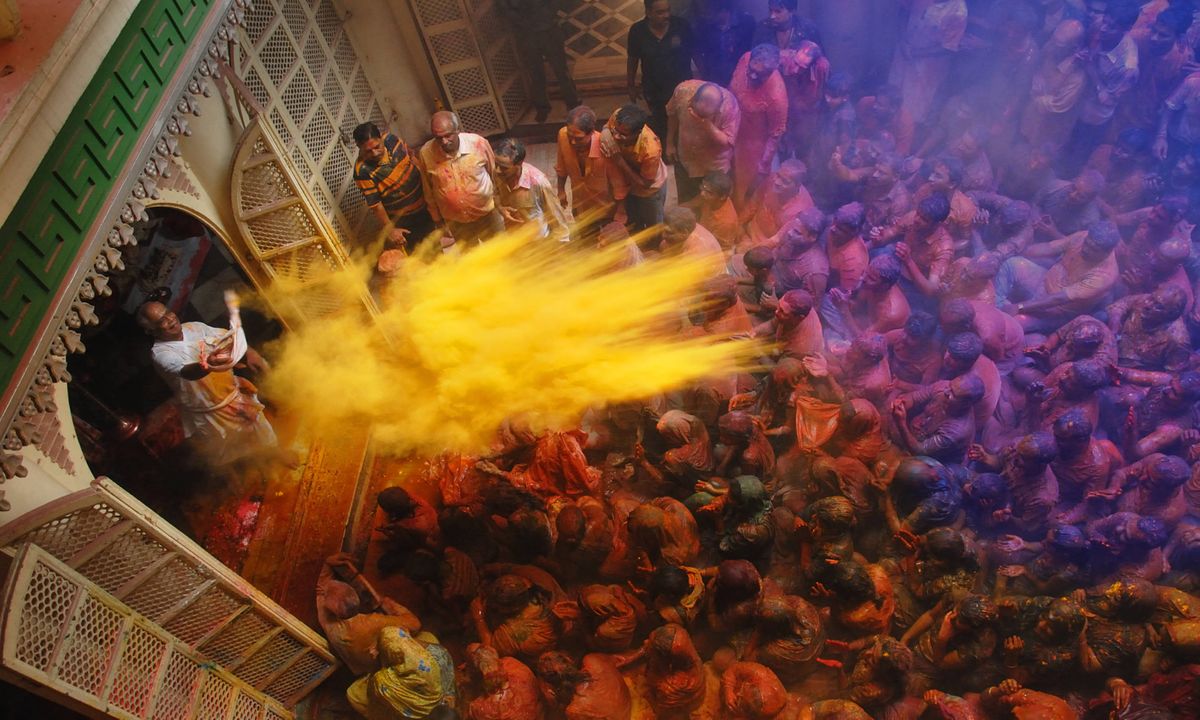 With its pantheon of Gods and religions, there is no shortage of festivals in India. Each region has its own celebrations too – in Kerala, for example, they observe harvest with Onam, a 10 day festival of feasting. There are kite flying and camel festivals, and an event that celebrates hornbills in Nagaland. There is no better way to immerse yourself in the country’s colourful traditions.

Diwali is the biggest festival, held every year between October and November. Known as the 'festival of lights', as over one million clay lamps called diyyas light up the streets, houses and temples around India.

Holi, held in March, is India’s most colourful festival, celebrating the victory of good over evil. It is chaotic and crazy, with people throwing powder of all different hues. Although it is observed across the whole country, celebrations in the north are more vivid and jubilant. Just remember to wear clothes that you don’t mind getting ruined.

8: Sleep under the stars in the Rajasthan desert A camel safari into the Rajasthan desert is an unmissable experience. You’ll be rocked gently as your camel takes you across the Thar desert to Jaisalmer, camping out at night in tents beneath the canopy of stars and calling upon small desert villages where curious children show you their earthen huts with pride.

Time your visit to coincide with the Pushkar camel fair, an annual event where traders from the region gather, showing Rajasthan at its colourful, chaotic, camel-trading best.

And don’t forget to spend time in the pink city of Jaisalmer. Compact, self-contained and crowned by the oldest still-inhabited fort in the world, it’s a town made for strolling – and a gentle introduction to the sights, sounds and smells of India.

9: Watch the world go by from a houseboat in Kerala 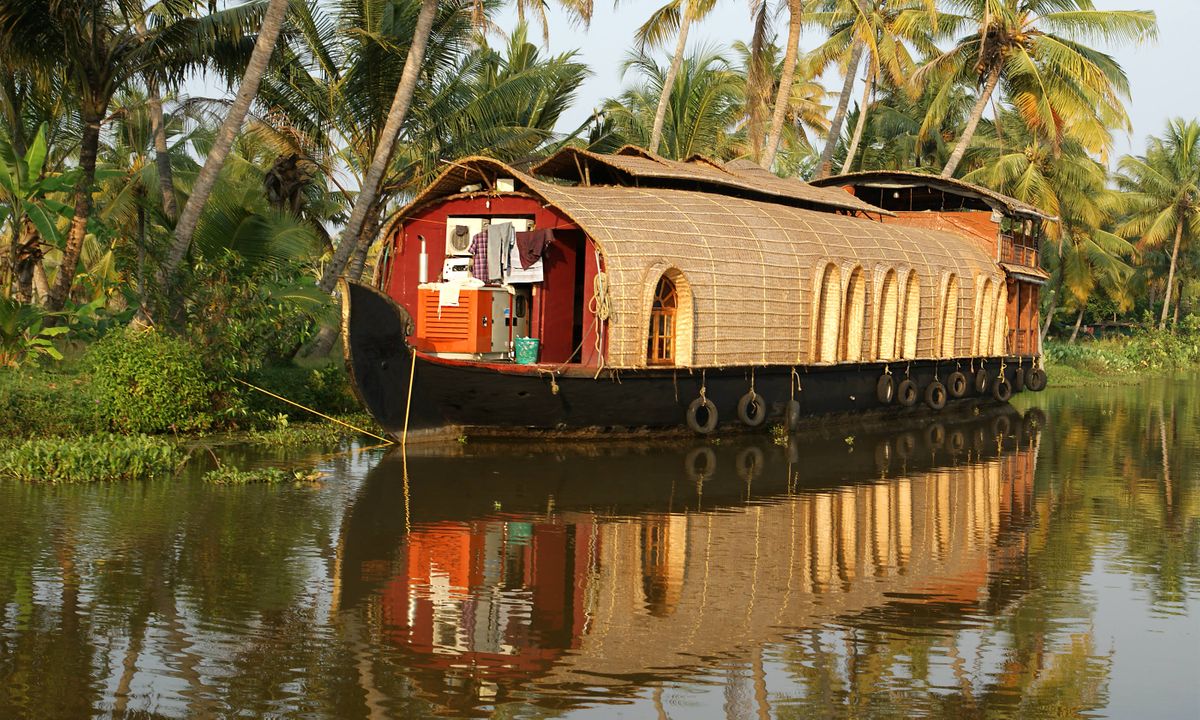 The converted riceboats that ply the backwaters of Kerala offer the ultimate way to experience rural India at its most peacefully replete. Fertile soils and plentiful fish stocks mean it’s one of the country’s most abundant regions. Kick back and enjoy the idyllic sights of shady palms, paddy fields and quiet little rural churches and temples. This is India at its rural best.

Take time to look around Kerala’s colourful city, Kochi. Kochi (or Cochin as most of the locals prefer to call it) is a series of peninsulas, islands and promontories caught between the lakes and rivers of its inland waterways and the Arabian Sea. Each district has a distinct personality, from the old colonial trading post of Fort Cochin and concrete city towers of commercial Ernakulam, to the sandy beaches of Vypeen Island. Lace up your walking boots and jump on the ferry for a flavour of Kerala's biggest city.